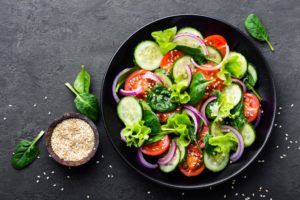 Diabetes mellitus is a very common health condition that affects roughly three percent of the world’s population. Diabetes is a chronic condition whereby the pancreas isn’t able to produce insulin in the required amounts, and when left untreated, can be fatal.

Other health problems may be caused by diabetes such as blindness, kidney problems, and circulatory problems. Diabetes can also lead to premature disability and an increased risk of vascular, heart, and cerebral diseases. Using proper antidiabetic medications and lifestyle changes can assist in preventing these types of complications.

Diabetes is a disease where the level of sugar in the blood is raised, which is caused by deficiency of insulin or insulin resistance. Diabetes is usually characterised by frequent and excess urination, and when left uncontrolled, the sugars begin to accumulate in the blood and urine.

Ayurvedic medicine in relation to diabetes

Ayurvedic medicine is able to assist in the management of diabetes. Diabetes is one form of prameha and termed as madhumeha, characterised by excessive urination. According to Ayurveda, diabetes is a defect in the body’s metabolism caused by derangement in the transformation of seven tissues in the body.

In Ayurveda, there are 20 different types of urinary disorders called pramhas. The classifications are based on the dominance of the body humours and the volume, colour, taste, sediments, frequency, odour, and the presence of mucous, in the urine.

People discharge excessive amounts of urine when they have diabetes, which tends to be turbid or cloudy. All three humours are involved in diabetes, however vata and kapha energetic aggravations are the predominant energies involved.

There are two types of diabetes, type I and type II.

The exact cause of type I diabetes is not known, but is may be associated with the immune system. The immune system may attack insulin-producing cells, which may result in an insulin insufficiency and lead to type 1 diabetes. Genetic factors may also play a role in the development of type 1 diabetes. People with type I diabetes have this condition when they are born or develop symptoms very young.

Some of the main causes of type II diabetes are bad dietary habits, a lack of physical work, and a sedentary lifestyle. In type II diabetes, pancreatic cells become resistant to insulin. The pancreas may continue to produce a normal amount of insulin, but the insulin may not be utilised effectively due to insulin resistance, which can cause more insulin to be produced than is required. This excess insulin can cause other problems. Insulin production may also be decreased in some cases and result in an insulin deficiency.

Ayurveda believes that insulin resistance occurs due to an accumulation of ama in the body’s channels, cells, and organs. This accumulation blocks the insulin from entering the cells, and causes a blockage of nutrients from entering the cells. This is how insulin resistance occurs. People with diabetes may also feel a lack of energy or tiredness due to an insufficiency of nutrients being absorbed in the body, primarily glucose, since insulin is the key that unlocks a cell’s ability to take in glucose

There are two classifications of diabetes:

Some of the risk factors associated with diabetes include:

People with diabetes may present some of the following symptoms:

Some of the most widely used Ayurvedic medicines for treating diabetes include:

Ayurvedic herbs may help to treat types I and II diabetes. Some of the herbs that may be helpful include:

Vijaysar is one of the most common herbs used for treating type II diabetes, and may be able to energise the body. Vijaysar may prove useful in assisting disorders where urine becomes discoloured.

Shilajit is a herb that may be used in the treatment of general debility, brain and kidney disease, as a nervine tonic, and general body supplement. It may also help to relieve some of the symptoms of diabetes and its complications by rejuvenating the pancreas’ cells and boosting insulin production.

Ashwagandha works to protect the cells of the pancreas from further damage and enhance their natural function to produce more insulin. Ashwagandha may also assist in reducing insulin resistance.

Neem contains bitter alkaloids, which may help to reduce the levels of sugar in the blood. Neem may also assist with removing blockages in the channels of the body and assist in the removal any possibly harmful substances.

Karela may assist with managing blood sugar levels, and may also be beneficial for those with high cholesterol, skin diseases, psoriasis, haemorrhoids, abdominal cramps, fever, and high blood pressure.

Trikatu is a made up of three herbs: black pepper, long pepper, and dried ginger powder. These herbs may be able to help reduce insulin resistance and reduce blockages in the body’s channels.

Make an appointment at our clinic for a different way to approach your diabetes.

Book a consultation with our experienced Ayurveda team Book Now